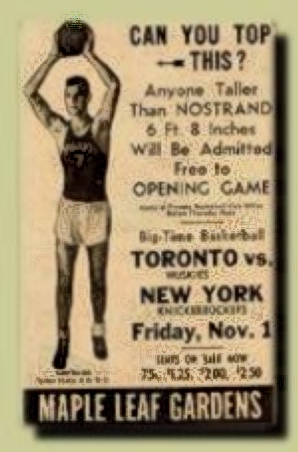 At torontohuskies.org, we believe the true name of the Toronto NBA team is the Huskies. History proves us right: In 1946, the first game of the Basketball Association of America (a fore runner to the NBA) was played at Maple Leaf Gardens in Toronto between the New York Knickerbockers and the Toronto Huskies.

A team that broke ground in pro basketball. A name that should never have changed.

It's the right thing to do.

Why did they not adopt "Huskies" as the team name upon re-entering the league in 1995?
A Canada-wide "Name Game" competition was held and ten names made the final list - the 'Beavers', the 'Bobcats', the 'Dragons', the 'Grizzlies', the 'Hogs', the 'Scorpions', the 'T-Rex', the 'Tarantulas', the 'Terriers' and the eventual winner, the 'Raptors'. The contest is a nice egalitarian thing to do, but in reality these generally just follow the trends of the day. We ended up with a mix of Barney and other jurassics; even the kool-aid guy should be angry about that one.
Some watered-down contest isn't going to cut it; there wasn't a need to have one in the first place. Names are important. Teams should reflect the community they are a part of, reflect the geographical location of the city; and highlight the rich history of basketball in Toronto. As far as we know, Toronto isn't a paleontology capital. Hogs? Scorpions? Please. "Towers", maybe.
"Huskies" is the name.

There was an earlier precedence for changing names, so it can be changed back to the original just as easily. The Buffalo Braves/San Diego Clippers; Syracuse Nationals/Philadelphia 76ers; and more recently Washington Bullets/Washington Wizards (who were actually originally the Chicago Packers).
There are many recent examples in the NBA of teams keeping their names intact following moves, for example: Grizzlies, Jazz, and Lakers. This strategy has produced some interesting combinations.
This Toronto team has to transform into the mighty Huskies. The current team has tremendous potential and can win championships; but it can't get there under the current name. Huskies are proud, fierce, powerful, tireless, beasts that work in teams, and Huskies didn't go extinct.

The Latest:
2009-11-30
Been getting a number of notes lately about the upcoming tribute games, and the site has been referenced by more media sites and newgroups; thanks for the encouraging comments everyone.
2009-11-05
Well folks, it's been 5 years now and things are really getting in gear! There will be a tribute game on December 8 for the Huskies! TorontoHuskies.org would like to thank all those that wrote in support to this site and to the team ownership in support of the huskies. It's a good first step in our goal. 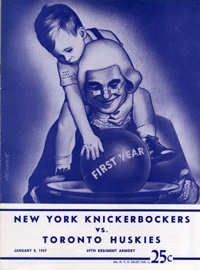 Thanks for the interest. 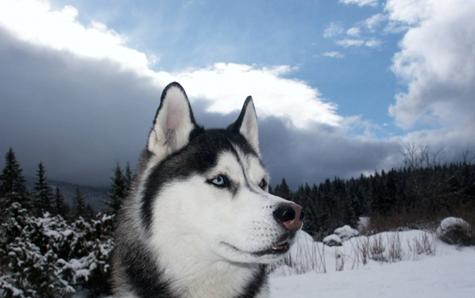